Newsday announced our “Forward to Fashion” Event tomorrow at Saks

Thank you Newsday, for the press re: Monday’s Ultimate Glamour Shoot at Salon Rock :)))

Who has inquired about buying an item that is “Price Available Upon Request”???

I REALLY, REALLY… want TO KNOW>

Ugg wants to excite us in the Fall 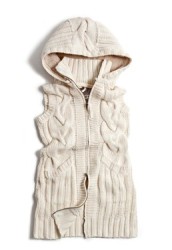 Ugg Australia, the sheepskin boots specialist, is diversifying into knitwear.

The company will launch a women’s and men’s knitwear collection for fall, available at Neiman Marcus, Ugg retail stores and through its Web site, uggaustralia.com.  This company is certainly on the rise:  last year, Ugg’s sales increased 35 percent to $100.2 million, from $74.4 million.
Available any day now, UGG sweaters will come in a range of warm colors and fits. Although perfect for those preppy types heading to the cabin, these pieces are fit for anyone’s wardrobe.

What thoughts are buzzing about the CVS & Sephora type in-store beauty treatments?

In May, Sephora began offering the Special Occasion Makeover, an appointment-only makeup application that requires a minimum purchase of $50, according to a Sephora cast member, or sales associate, which can be used on any item in the store, online or for a future purchase. Or, MAC Cosmetics’ makeup application service for a flat fee of $50.   At Barneys New York, resident beauty guru Jason Ascher’s sales model is built around offering expert advice during free prebooked makeup consultations.   A visit generally requires an appointment be booked one to two weeks in advance.

CVS’s upscale concept, Beauty 360, offers three tiers of services on its menu, namely facials priced between $50 and $65; 15-minute complimentary services, including the Hot Toddy hand massage, and service with a purchase, such as Balance the Day, an express face treatment with the purchase of any skin care item. It also offers brow shaping by a beauty adviser trained by Billion Dollar Brows for $20, and every purchase of a set of Pop Beauty false lashes comes with a free application lesson.

Now that the wedding is over, be it the toniest, most high-profile and exquisite wedding imaginable or a budget-conscious DIY affair at the local lodge, when the Champagne flutes are long put away, the cake a gluten-free memory and fatigued dancing feet long soothed, all that’s left (apart from, one hopes, a sound marriage) are the pictures. Moral: a girl’s got to love her dress.  And as for the men? Clinton and Mezvinsky’s good friend Christopher Bailey of Burberry was proud to suite them up, and did the honors with the shirts and ties for Bill Clinton and the groomsmen. 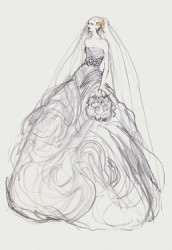 By now anyone with a pulse and an Internet connection has seen the photo of Chelsea on the arm of her father, Bill Clinton, a shot that offers the best full-length view of her dress. Many of us would also love to see her lineup of lavender-clad bridesmaids as well as the children rumored to have been members of the wedding. And, oh yes, a good look at Hillary’s Oscar de la Renta gown, its Italian organza in a high-drama ombréd range from magenta to pale pink. At press time, those photos remained off-limits. While the extreme pre-nup discretion is understandable, who knows why the continued veil of secrecy? It’s unlikely they’ve sold the rights to People.

No matter. We’ve all gotten our wedding fix, not of the year/decade/century/Millennium, but of the moment, at least until the next marital megamerger comes along. (Three words: William and Kate). For now, everyone seems genuinely happy for Chelsea and Marc. Perhaps happiest of all, aside from the newlyweds themselves? That would be Robert Huth, president and chief executive officer of David’s Bridal, Vera’s new mate, professionally speaking. Will their union result in an under $1,200 take on Chelsea’s dress? No. Nor would Vera attempt to knock herself off so precisely.

But when your cousin Kelly gets married next spring, don’t be surprised if she swans down the aisle in a strapless dress with an artfully souped-up, swirly skirt.

Barack Obama charmed Anna Wintour & her guests in the West Village last Wednesday night as a veritable all-star team of American designers attended a fund-raiser to benefit the Democratic National Committee at the Vogue editor in chief’s town house, where President Obama was the guest of honor.

If you’re not totally into the fashion aspect, perhaps you want to know: